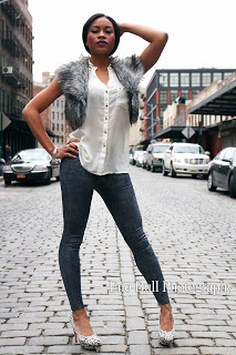 Madam Bambi is the Queen of her castle, She hails from the Bronx, NY. People always told me her was tall,slim , and beautiful and should model. She had tried twice before but was young and more focused on her education and her athletic abilities. After graduating from Dominican College with a B.S. in Athletic Training, eventually landed a job as an Assistant Athletic Trainer. Although she was successful in her first year something was still missing. She felt she was capable of doing more so she took a chance at modeling again.

As of today Bambi, after only a few months of modeling has already been featured in 3 magazines. Not only does she have more magazines hitting newsstands but photographers are increasingly seeking her out for shoots. Bambi is currently waiting and excited to take her talents to the runway this summer, so look out for her.

Greetings!! My name is Fly. I started modeling in the Fall of 2011. Now, while I don't have a lot of paid professional experience, and most of my photos are TF prints, I know I bring something completely different to Plus Modeling. You won't see another model like me anywhere! I believe I bring a lot of spunk, fun, sass, and genius ideas to any set I'm on. Over the years, I have learn to invest in myself so what I need to do can get done. The result is what you see in this email. These are all my own clothes and accessories. Honestly, this is what I look like on a daily basis (I woke up like this lol). I am a Jersey girl at heart, but raised with southern hospitality. You can kind of say that I'm a country girl with a city girl swag. I love to go fishing and shop for the latest trends! Acting is my first love, but modeling can definitely be my foot in the door. It's something I'm great at and can be a gateway to much greater things.


Thank you so much! Xoxoxo ~Fly~ First Love Yourself
Instagram: @fly_amzon_hall 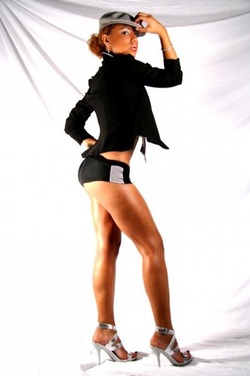 “I want to get PMS Radio televised for the world to see, once that happens we are going to dominate mainstream radio, then eventually I’m going to get my own talk show.”

The name Wavey K, hasn’t taken long to become one of the hottest up and coming talents in the hip-hop game. She is one of the biggest rising stars to come out of online radio broadcasting over the past few years. Chances are you have already heard of her name on Power 105.1 she was given an opportunity to co-host for the day with Jovonn the last Don for the “New NY Show”, on one of the only mainstream radio programs which plays New Music from the hottest new artist Sundays from 10-11pm. This Was Big for KriStina.

The Bronx, Castlehill native has interviewed with major genre crossing power players ranging from such stars as Angie Stone, Kemba Walker, Cory Gunz, Memphis Bleek, Lil Cease, Remy Ma, PushaT and Mickey Factz. Not only has she interviewed some of the biggest and most renowned hip-hop stars she has also worked alongside major brands such as Rocksmith, Rocksmith Wutang and photographer Frank Antonio.

A recognizable face for videos, print magazines and many sites, Wavey has starred in music films such as Fred the Godson’s “So Crazy” and  “Get Em’ Fred”, Vado’s “Headbanger”, Wale’s “Black and Gold”, M.I.G and Red Café’s “I Got It” and Romeo and Usher Raymond “Promise” as well as an important model in Vice Magazine’s ASAP photo shoot and recently featured on FunkMaster Flex’s Website InFlexWeTrust.com.

Kristina’s fast paced career in the music industry began when she teamed up with PMS Radio, an all-female online show which helps to find new artists and showcase their talent online to thousands of viewers. Working as the booking director she contacted up-coming artists and well established legends within her field. She approached the position with a natural talent working endless hours networking at celebrity events; Anywhere I was I was introducing myself, If I saw someone I wanted to interview I was in your face talking business with unending ambition and vast amounts of enthusiasm. With a steady work ethic and a signature image Ms. Ramos easily differentiated herself from her peers and caught the eye of protégé ( JoJo Simmons) The son of Rev Run who promptly casted her in his music video called “Billion Dollar Boyfriend.”This was the beginning of her journey.

Kristina continues to channel her profile image and remarkable talent into PMS radio a project very dear to her heart she believes that “Positivity Manifest Success” and wants to show the world the hard work the ladies of PMS Radio put into helping The Underrated and Overlooked New Up and Coming artist to Legends showcase their talent! Kristina is fueled by her desire to make PMS radio a true focal point in mainstream hip-hop.

Kristina Ramos’ impressive brand speaks for itself, she is the source of inspiration among thousands in the industry and to her Bronx community leaving an indelible mark on the streets of Castlehill and beyond and earning respect amongst her peers and expanding her brand into even further territories including fashion, music and film. 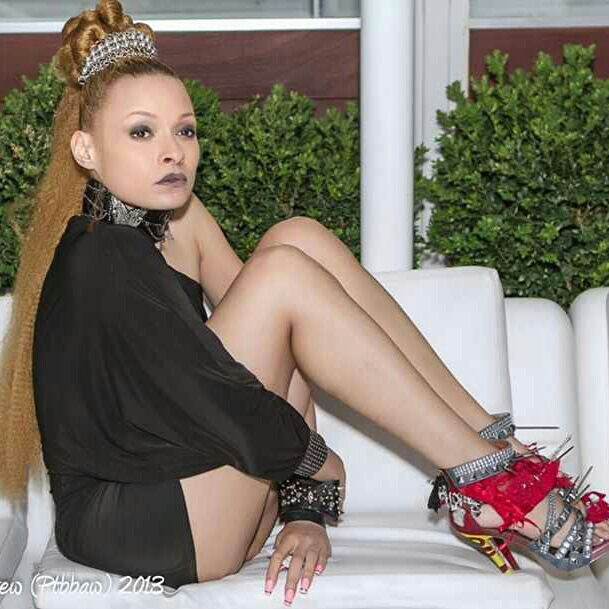